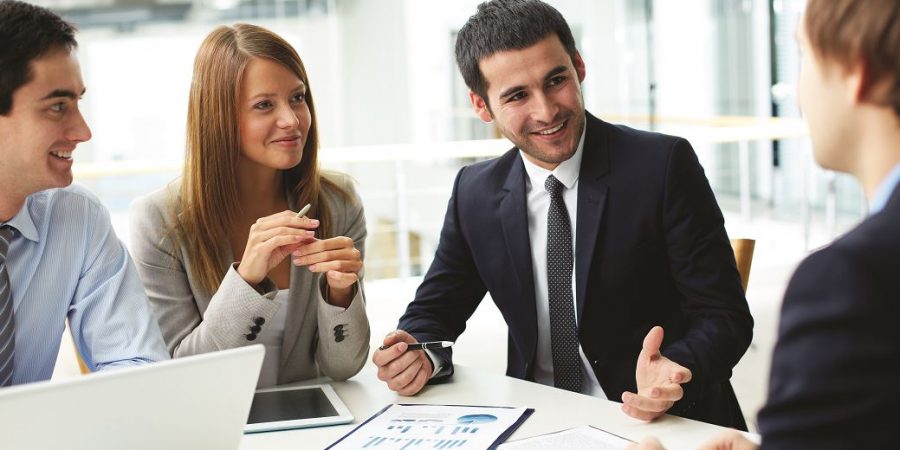 Economic Update
Welcome, 2020! I hope that this new decade will be much like the last one when it comes to continual economic growth, low interest rates, low inflation, and strong financial markets.

Rates
Interest rates fell throughout 2019, hitting lows in late summer, before rebounding slowly as we approached year-end. Longer-term interest rates fell very dramatically and reached a point where they were lower than short-term rates for several months, which is also known as an inverted yield curve. Most market participants have seen inverted yield curves presage recession by about twelve to eighteen months. The Fed got caught up in the action and lowered short-term rates three times last year, by a total of .75%, which was a quick and appropriate response to an inverted yield curve and perceived economic weakness. Interest rates fell because the markets thought recession was coming; now, I believe rates won’t be able to rise substantially until we enter and emerge from the inevitable recession someday. However, I don’t believe it will happen this year.

In December, 2019, the Federal Reserve announced their intention to keep the Federal Funds rate unchanged at the range of 1.50% to 1.75% for all of 2020 and to “stay on the sidelines” for the 2020 Presidential election. The Fed will, however, conduct a mid-year review and check on the economy and inflation, the latter of which they are desperate to see rise. They will take action if needed. Many including myself believe that the Fed fended off recession until 2021 or 2022 with their rate cuts in 2019, which caused money supply growth to improve to a stronger +7.0% pace.

What happens if the economy slows too much, inflation falls, and we are at risk of recession? What tools does the Fed have to ease monetary policy if rates are already this low? They have the Fed Funds rate, quantitative easing, or “QE,” which is the buying of bonds, forward guidance, caps on short-term rates, lending programs and repo, and negative interest rates. OMG, negative rates? Yes, in theory, they seem okay, but in all practicality, there have been issues with them. Imagine paying someone to hold your money, but getting paid to borrow money. Let’s hope we do not get there.

GDP is the sum of three main components of activity: consumer spending, business investment, and government spending. Consumer spending accounts for 68% of the economy and is benefiting from 50-year lows in the unemployment rate of 3.5%. Job growth has been strong most of the time and wage gains have been steady, with most of 2019 above +3.0% on a year-over-year basis. Job openings of 6.80 million exceed the 5.75 million of unemployed persons, making it a job seeker’s market. While I think consumer spending will slow slightly during 2020, it will still come in at an estimated nominal rate of +3.1%, which is a strong pace. Stock markets had a tremendous year in 2019 and some of the spending came from the wealth effect. I wouldn’t expect outsized gains again in 2020, but I try to sidestep any projections for stocks.

Housing is showing signs of rebounding from a slow period in 2019. Housing starts and new and existing home sales are stronger as we enter 2020. Year-over-year national home price changes are still in the +2.0% to +5.0% range, while Bucks and Montgomery County rates are at +1.9% and +2.2%, respectively, in the fourth quarter of 2019. Actual sales of homes, both nationally and locally, are lower than the prior year, due to reduced inventories of homes on the market.

Business investment will benefit from the new trade deals with China and the easing of trade tensions with them and other countries, which is a boost to business confidence. There should be improvement in the trade deficit as the trade tensions and tariffs are eventually resolved. Some industries struggled during 2019, including automakers, retail stores, semiconductors and personal computers, and energy/fracking, but their fortunes should improve this year. Even Boeing is expected to improve its impact on durable goods orders in 2020. Capacity utilization and corporate profits are weak, which will limit business and capital expenditures. The business sector, accounting for 17% of GDP, should grow by a nominal rate of +3.0% in 2020, which is substantially higher than the pace of 2019, when business spending sank in response to the trade wars. In our local region, the Federal Reserve describes business activity as “modest” and the Philly Fed index has strengthened as we enter 2020.

Government spending will continue at the same frantic pace of +4.0% nominally in 2020. Government officials are planning similar high spending levels in 2020. Government spending is 17% of GDP, roughly equal to business’ percentage of the economy, and the deficit for fiscal 2020 is expected to top $1 trillion! OMG! All of these projections support a nominal GDP projection of +3.5% for 2020, with a real (after inflation) GDP estimate of +2.1%.

Inflation
By most measures, inflation is low and under control. Low inflation and weaker economic growth are the primary reasons that interest rates fell during 2019, coupled with volatile stock markets at the end of 2018 when the Federal Reserve learned hard lessons about raising rates too much. Some economists began to worry about a recession last year, due to the Fed tightening campaign, the trade war’s negative effects, and the severe drop in business confidence. So, with a deteriorating outlook early in 2019, inflation and inflationary expectations fell. Core personal consumption expenditures, or “PCE,” the Fed’s preferred measure of inflation excluding food and energy prices, is projected at +1.7% to +1.9% in 2020. I think it could be even lower, as inflation struggles. It has gone nowhere in 2019 and probably will go nowhere again in 2020.

Forecast
Here’s my forecast for 2020, but remember, it only takes one crazy thing to change everything. Current events like the Iran tensions, the impeachment proceedings, the 2020 presidential election, Brexit, China and trade wars, and Federal Reserve actions can quickly impact sentiment and confidence and change even the best forecasts. But for now, I’m going with this for 2020: GDP at +2.1%, core inflation under +2.0%, Fed Funds with no change, 10-year Treasury yield at or near 2.0%, no recession, low volatility, and high persistent debt levels. And it could be a happy year as Rod Stewart returns for a concert! But I am noticing the big-name concerts are all in Hershey this year; what is up with that, Philadelphia?

Thanks for reading! Here We Grow!