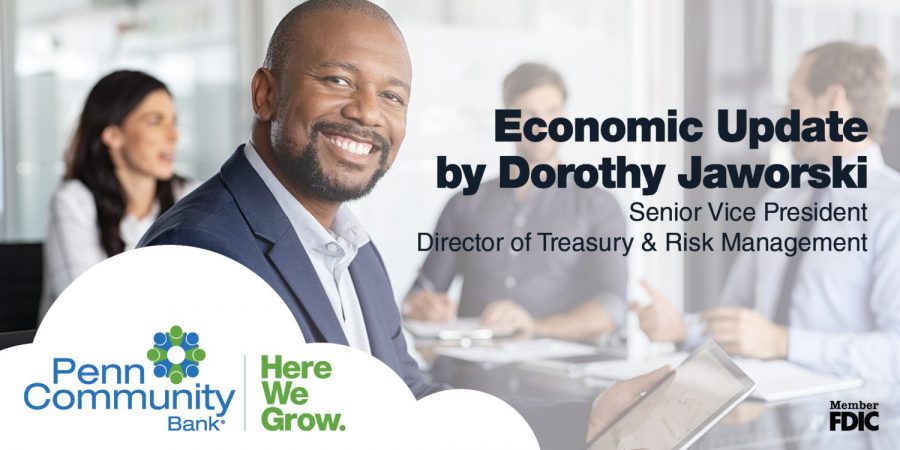 Another Quarter Gone By

Where do I start this quarter?  So much has happened because of the coronavirus pandemic.  There are times when it seems that life is standing still, yet at other times, it seems that each week is taking a year to complete.  I started my newsletter last time with a quote from Ernest Hemingway and it still applies today:  “We are going to have a strange life.”  I didn’t know how profoundly true that would be.  Months of lockdowns gave way to businesses reopening and still there is a surge of Covid-19 cases across the US.  “Staying safe” is a challenge like no other.

The Economy and GDP

Our economy was subjected to an unprecedented lockdown.  Never had we experienced such an abrupt cutoff of demand and growth in many segments of the economy.  “Essential” businesses operated well but many others had to remain closed.  It’s what I call the “Start & Stop” economy because, even as some businesses reopen, they are subject to onerous restrictions and are threatened with renewed closure as Covid-19 cases spike.  A health crisis quickly became an economic crisis.  And it shows in our numbers, with 17.8 million people currently unemployed, a pool of available workers at 25.9 million, first quarter 2020 GDP at -5%, and second quarter GDP expected at -30% to -35% annualized before rebounding by +10% to +20% in the third quarter if we can remain open.  Second quarter estimates for GDP by the Fed range from -14% to -34% right now.  Don’t be shocked by the second quarter numbers; be shocked if the third quarter does not rebound as expected.

The cost has been many trillions of dollars, despite similar amounts of government relief from Congress’ $2.5 trillion Cares Act and add-on in the form of direct payments to some individuals and PPP loans to businesses as well as Federal Reserve asset purchase programs.  The goal of all of this relief was to save jobs.  Most of today’s 17.8 million unemployed persons are receiving unemployment benefits that include an extra $600 per week, which is set to expire at the end of this month.  At this elevated level, there may be a disincentive to work.  Many of our government’s own actions can lead to consequences.  Another relief bill for at least $1 trillion is supposed to be in the works with targeted relief to those who need it most, like small businesses.

Since the depths of stock prices on March 23rd, the markets have rebounded strongly, although with volatility, with Nasdaq and the S&P 500 back above prior highs.  Maybe we should thank the Fed for pumping so much money into the system, including $5 trillion sitting on the sidelines in money market mutual funds.  Interest rates have fallen, with short-term rates near zero as the Fed eased dramatically and long-term rates not far behind.  It’s a classic liquidity trap scenario.  The Fed has promised to keep short-term rates near zero until the pandemic is over, inflation is back to 2%, and we return to full employment.  We have every reason to believe them.  The Fed is especially worried about business bankruptcies.  Not only are businesses closing, but jobs are being lost.  And plenty of retail and office space would be vacant, potentially hurting prices.  Job losses could lead to people losing their homes.  And here is a sad prediction by the Andrews consulting firm for those of us who like to eat out- that 10% of 22 million restaurants worldwide will close permanently by September, 2020.  How long will that take to recover fully?  I don’t even want to speculate.

Fed Chairman Powell has stated that the Fed will not use negative interest rates because he said they are “not appropriate policy for the US.”  And they will not try to control long-term rates either; talk of yield curve control or targeting, or “YCC,” or “YCT,” was all the rage, but the Fed dismissed using it.  Japan and Australia have used yield curve control to try to limit long-term rates.  I’m of the opinion that the Fed does not need to do YCC.  They already control short-term rates and if you believe the financial theory about yield curves, long-term rates are the compounded result of short-term rates.  So I don’t see the need.  Forward guidance on short-term rates can be just as effective.  As far as negative rates go, they have not proven successful in their use in other countries.  HSBC conducted a study in Europe and found that negative interest rates hurt their currency and did not seem to contribute to economic growth.

The 5-year Treasury is down to .27% and the 10-year Treasury yield is down to .60%, out of concern for slow economic growth, high unemployment, and low inflation, not to mention the Fed’s $3+ trillion bond buying programs and investors piling into long-term bonds for yield, any yield.  The bottom line is that stocks are rising on hopes for the economy and investors seeking greater returns and bonds are more pessimistic, with rates so low based on their outlook for the economy.  Who is right?

The Economy and Long-Term Rates

Long-term rates face headwinds and are likely to remain low for an extended period of time.  The velocity of money, which you have seen me reference many times before, continues to hit new lows, currently at 1.37, down from 1.44 in the fourth quarter of 2019.  Velocity is part of the formula for economic growth and reflects the uncertain outlook and fewer economic transactions.  So much debt is being added to combat the “lockdown” recession that the long-term effects are hard to digest.  The US Government and corporations have added trillions of dollars of debt since the crisis began.  We know that high levels of government debt to GDP held back growth to just over 2% from 2010 to 2019.  We had the longest ever expansion on record at 127 months until NBER stated the obvious and declared recession had started in February, 2020.

Now US Government debt has risen to 110% of GDP and is climbing.  Corporate debt now totals 49% of GDP and is climbing.  I believe we face the prospect of longer-term GDP growth at less than 2% once we get out of this crisis, which is in line with Fed projections of +1.7% to +2.0%.  That level of growth would hardly bring the unemployment rate back down to the great level of 3.5% seen earlier in 2020.  Today, the unemployment rate is 11.1% and has been clawing its way back down from a few months earlier.  We seem to be slowly recovering from the worst, deepest part of the recession in April and May, but when do we get all the way back?  Like I said, it’s hard to speculate.  I’ve seen recent reports that many unemployed will not get their jobs back, with estimates ranging from 7.5 million to 9.4 million, so that tells me it will be a long time.

I mentioned inflation briefly above.  There will be pockets of inflation from supply disruptions mostly but they will prove transitory until the economy picks up speed again.  Some say that the Fed bond buying programs are inflationary.  I look back at the past 10 years and see that Quantitative Easing, or “QE,” programs 1, 2, and 3 were not inflationary and QE4 (just don’t call it that) won’t be either.  Some point at recent money supply, or M2, growth at 18% as inflationary.  It seems to be distorted by increased savings during the lockdowns and I believe the high M2 growth will be transitory.  As I have said in the past, don’t worry about inflation when there isn’t any.

Individuals are concerned and anxious about the increasing cases of Covid-19 across the US, and across many other countries as well.  Many stayed locked down in their homes for months, and the, when “allowed” out, faced a spike in cases, especially in states where the virus impact was low initially.  The lockdowns did not prevent the virus from spreading.  What they did was place onerous restrictions on many businesses.  While some thrived as “essential” and many could operate with employees working remotely, yet many others could not and will not survive with their doors closed and revenues plunging.  The Fed is rightly concerned over the level of bankruptcy.

Mask wearing, social distancing, lockdowns- are they keeping us safe?  How do we get the economy going safely?  How do we interact with other people yet feel safe from the virus spreading?  Do we send the kids back to school?  Do we come back to work?  Do we need a vaccine to feel safe again?  Are there effective treatments to help most people?  We have hope for vaccines from four companies- Moderna, Astra Zeneca, Johnson & Johnson, and Pfizer, and Gilead has promising treatment.  But is it enough?  We tried lockdowns but I cannot imagine our society hiding in our homes.  Can’t we use our ingenuity to solve this crisis, especially now that we know the huge economic costs?  We have faced many challenges before; we can overcome this one now.

In the words of Lee Iacocca:

“So what do we do?  Anything.  Something.  So long as we just don’t sit there.  If we screw it up, start over.  Try something else.  If we wait until we’ve satisfied all the uncertainties, it may be too late.”