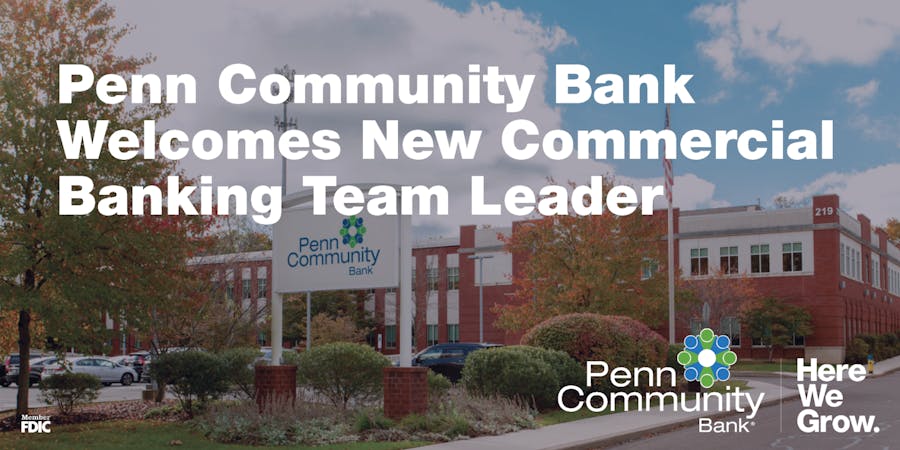 PERKASIE, Pa. (March 2021) – Penn Community Bank, the largest mutual bank headquartered in eastern Pennsylvania, is pleased to announce the hiring of Craig Morrow, Senior Vice President – Team Leader, Commercial and Industrial (C&I) Banking. Morrow leads an existing team of commercial bankers in Bucks County, which will also include those focused on the bank’s strategic C&I expansion into Montgomery County and other adjacent markets.

“We’re thrilled to welcome Craig to our expanding commercial banking lending team,” said Lewis Cyr, Penn Community Bank Chief Lending Officer. “With over three decades of banking and lending experience, Craig brings a wealth of expertise to Penn Community Bank along with a track record of working to help businesses looking to grow.”

With 34 years in financial services, Morrow joins Penn Community Bank after spending the last eight as SVP, Commercial Banking Team Leader at First National Bank of Pennsylvania. Deeply involved in the community, his affiliations have included the Central Bucks Chamber of Commerce and Chamber of Commerce for Greater Montgomery County, Bucks County Historical Society, Heritage Conservancy, and a trustee of the Boy Scouts of America – Bucks County Council. Morrow holds degrees from Shenandoah University and Allegheny College, as well a certificate from the PA Bankers’ Central Atlantic Advanced School of Banking. He and his wife reside in Doylestown.

About Penn Community Bank: Penn Community Bank holds more than $2.5 billion in assets, employs more than 300 people, and offers banking, lending and investments at 22 bank branches and three administrative centers throughout Bucks and Montgomery counties, Pennsylvania. As an independent, mutual financial institution, Penn Community Bank is not publicly traded and operates with its long-term mission in mind: to help businesses grow and prosper, to provide financial resources to individuals and families throughout their lifetimes, to strengthen the local economy, and to partner with local organizations to act as a catalyst for positive growth in every market it serves.