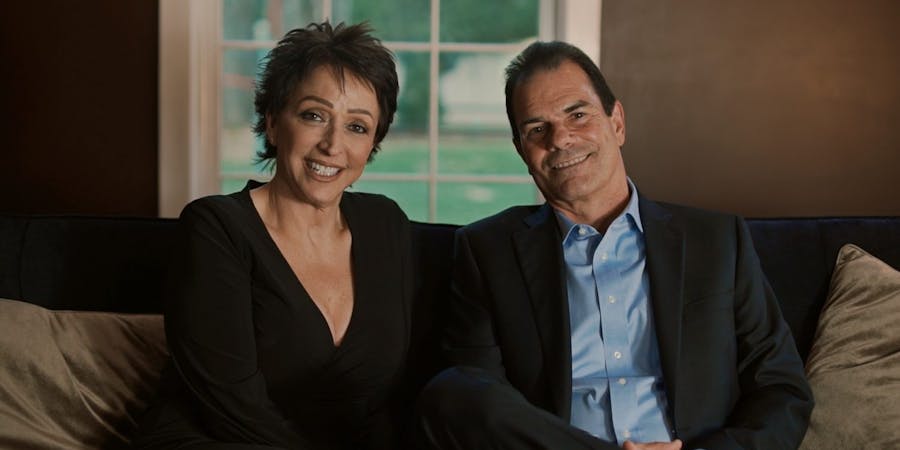 “Running your own business always has its challenges, but we were fortunate enough to develop a relationship with the people at Penn Community Bank,” said Tom. “Penn Community Bank is totally committed to building the community and making sure that everyone prospers.”

Tom Schrier had first met Robert Coffin, Penn Community Bank’s Chief Credit Officer, when he contacted the bank to obtain financing for some rental properties. Later, the Schriers took out a construction-to-permanent loan to finance the building of their custom dream home in Newtown Township.

That was the beginning, as they say, of a beautiful friendship.

“Bob is such a great guy. He’s just real,” said Cheryl. “He lives in the community. He listens. He listens to what you need and he tries to help you get it.”

“It became clear pretty quickly that when you’re talking to Bob, you’re talking to a guy who really gets it. To a bank that really gets it,” added Tom. “He understood what we needed as business owners, and we always knew we could pick up the phone and get a clear answer, quickly. Certainly, there were steps that the bank always has to take, but there wasn’t a lot of red tape.”

As the Schriers were building their home, Tom acted as the general contractor and Cheryl as the project manager. They had regular meetings with Coffin during the project, and that’s when the relationship deepened.

The culmination of that project was more than a building. It was the creation of a professional and personal relationship that would bring mutual benefit to both the Schriers and the bank in the coming years.

In the years after the Schriers built their home, the bank began expanding its products and services aimed at business owners. Coffin and other team members from the bank visited the Schriers to see how the bank could help their business grow. In one of those first meetings, Cheryl remarked that she remembered the days when local banks gave out items like toasters to customers.

It was a simple offhand remark, and many people would have just smiled and laughed and then forgotten about it. Instead, the president of the bank went out and bought a toaster.

Shortly thereafter, the Schriers moved their business operating accounts from a national bank to the local, mutual bank.

“Of course, it wasn’t about the toaster at all,” said Cheryl. “It was about the fact that they listened to their customer. They listened to me, they heard what I said, and they acted on it, without my even having to ask. We knew this bank was going to hear what our needs were and work hard to give us what we needed. That’s why we are still with Penn Community Bank, after all these years.”

Today, the Schriers say that their decision to move their business accounts to the bank was one key factor that helped their business thrive. Developing a deeply rooted relationship with the team of experts at Penn Community Bank gave them access to counsel and commentary on the latest economic trends and indicators, as well as direct access to financial decision-makers who could help them anticipate and avoid problems, or solve them quickly when they arose.

“When you’re a small business owner, there’s no back office to consult, on anything. You are the back office,” said Tom. “Being able to attend a networking event that the bank sponsored, or hearing from the bank’s treasurer on her predictions for the economy each quarter – those things were a real value-add for us. That’s the difference a relationship-based bank can bring to business owners.”

By 2019, the Schriers were ready to wind down their business and move into retirement. Cheryl had beaten thyroid cancer a few years prior, and their two daughters were grown. Cheryl, who had been crowned Mrs. Pennsylvania International in 2015, was helping their youngest daughter, Camille, prep to compete as Miss Virginia in the Miss America pageant. Camille, 24, would go on to win Miss America on Dec. 19, 2019, raising the bar for pageant talent competitions nationwide with her onstage chemistry demonstration – she is a scientist studying to earn a doctor of pharmacy degree at Virginia Commonwealth University.

Life was good, and full, and the Schriers wanted to enjoy it. To make sure they were ready to retire, they relied on Penn Investment Advisors, the wealth management division of Penn Community Bank.

“We sat down with Cheryl and Tom to put together a comprehensive plan that addressed their income needs, retirement needs, and how it all ties into the future life they have envisioned,” said Christian Wagner, president of Penn Investment Advisors. “We drew a clear picture for them of how the things that they’ve worked for their entire lives can turn into assets that produce income for them for the rest of their lives.”

The Schriers wanted to ensure that the spirit of the business they had run for so long continued. So, while they closed down their own business, they acted as mentors to two of their longtime employees who launched his own electrical contracting business. And of course, the Schriers knew just who to refer him to for the financial capital and counsel.

“We referred them to the lending department at the bank to continue the legacy that we started here with Penn Community Bank,” said Cheryl. “Helping our former employees start their own business has been so rewarding. We are just so proud of them. My heart is full. What more could you want out of life than to pay it forward like that?”