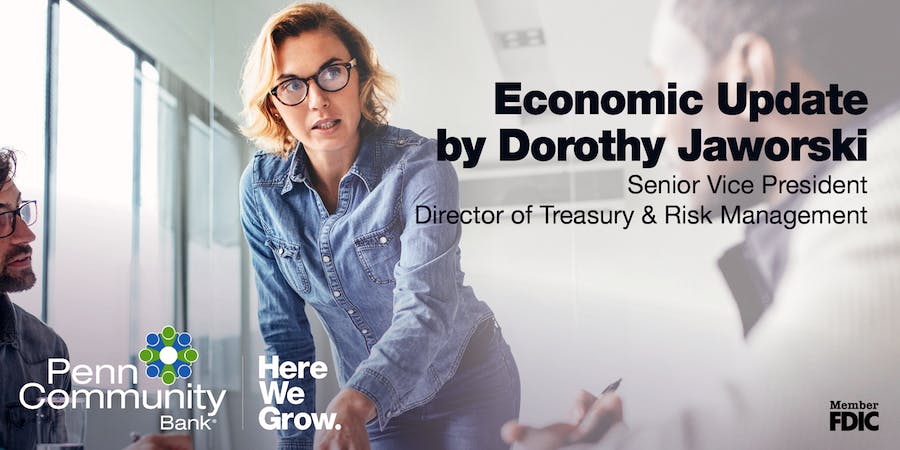 Coronavirus Pandemic
Life as we know it changed in March, 2020. A new deadly coronavirus that originated in China quickly spread around the world. We found that our government response was to declare emergencies and have us stay at home, confined, quarantine, lock down, and self-isolating, except for essential trips for food or medicine, or to go to work if you are an essential business employee. Gatherings and events were all cancelled to slow the spread of the virus. Panic buying of food and supplies led people to hoarding behaviors.

Every week that has passed- four so far- has felt like a year. It’s hard to remember January and February, except that we never really had any snow. Restaurants are closed. Theaters are closed. Even churches are closed and the new reality had me watching Easter church services from the Cathedral Basilica in Philadelphia on a website. It is not like any other Easter I have ever experienced.

The horrible, horrible coronavirus pandemic is not over yet. Call it COVID-19 or SARS-COV-2 but this virus is an invisible deadly threat to many people. 182 countries around the world have cases of people sick with the virus and those countries have ordered most people to stay home and closed businesses. Around the world, there are 1.8 million positive cases, 116,000 deaths, and 400,000 recoveries; there are 550,000 cases in the US alone with 22,000 deaths. For most of us here around Philadelphia, the stay at home restrictions began on March 13th, which was Montgomery County‘s date. Bucks County followed a few days later, along with business closures.

As frightening as this crisis has been, we have seen a mobilization like never before of government at all levels and the cooperation of private companies. We learned that we were too dependent on foreign suppliers of medical equipment and protective gear. US companies have filled the void. Even much of our drug supply is reliant on foreign production. Pharmaceutical companies are working on therapies for treatment and vaccine trials are being conducted already and are fast-tracked. Testing for those with the virus has been inconsistent but improving, albeit slowly. “Social distancing” and “flattening the curve” have become part of our strange new life.

Heroes
We have seen people on the front lines of the battle against the coronavirus work with courage and at great personal risk. Doctors, nurses, aids, grocery store workers, police, firemen, bankers, postal workers, truckers, and many others deserve our gratitude.

As the stock market faltered in March, we saw the Federal Reserve step up with emergency rate cuts and Quantitative Easing to buy bonds. As stocks worsened and bond markets traded in a volatile and chaotic manner, the Fed once again stepped in with a surprise rate cut (on a weekend!) and promised trillions of dollars to stabilize the markets. A hero emerged from the Fed- Chairman Jerome Powell. He recognized the urgency and acted with authority. He stated that the Fed will act “forcefully, proactively and aggressively.” Likewise, Treasury Secretary Steve Mnuchin worked with Congress to get a relief bill totaling $2.2 trillion passed. Both men have financial market experience and proved strong in the face of the crisis. These heroes absolutely acted appropriately and decisively.

The Economy
“Remember, it only takes one crazy thing to change everything.”
– Dorothy Jaworski

It’s hard to remember January and February, but the data suggest that the economy was gaining momentum before it hit a brick wall. Stay at home orders and closures of businesses cut off a large amount of economic activity. A health crisis quickly became an economic crisis.

Many workers are fortunate to work at essential businesses or to be able to work at home; 54% to 58% of employees in financial services, IT, and professional and business services can work at home. Parts of the economy are still running including the essential services of grocery stores, electric, water, cable, Internet and Wi-Fi, hospitals, banking, phone services, post office, trash pickup, and trucking and delivery services. The worst hit businesses with employees who are not fortunate enough to work have been retail stores, restaurants, bars, automobile sales, entertainment, sporting events, schools, airlines, and travel and vacation destinations. I’m sure that I will not be shocking you by saying that a steep recession began in March and will likely last for at least a quarter after we reopen the economy. Even worse, we see that it is true that 25% of Americans had little or no cash reserves.

In the midst of the crisis, stocks had plunged by 38% from the highs reached just in February. Does this percentage sound close to a Fibonacci retracement level of 38.2%? Just saying. The actions of the Federal Reserve and Congress stabilized the markets and we have seen a rally recovering about half of that amount. Compounding the coronavirus crisis and its negative effects on markets and the economy, oil prices were plunging as a dispute broke out between Saudi Arabia and Russia, threatening our own energy independence. Agreements to cut production have finally
saved oil prices.

Sadly our record expansion of 128 months came to an end in February, 2020. I had believed that we would continue the expansion into 2021, but that will not happen. The government-imposed shutdown brought our $21 trillion (annualized) economy to a screeching halt. What we thought would be a disruption in the supply chain from China, who was the first to close their economy, rapidly became a precipitous decline as we moved to keep people at home, many not working, and to close businesses. Initial unemployment claims in the first three weeks of shutdown totaled an astounding 16.8 million, or 10% of the civilian labor force.

The actions taken by the Fed stabilized markets. The actions taken by Congress to pass relief bills in three phases, totaling $2.3 trillion so far, will try to stabilize incomes for individuals and businesses. But for all of these actions, our economy is still not reopened. How we do it safely is still a matter of debate and planning. But reopen we must, before there is not an economy to come home to.

Before I scare you with some economists’ projections of dire declines that are floating around, I’ll remind you that much of the economic activity can recover and continue. There will be pent-up demand that I believe will get us growing again. At this point, once recovered, the economy will grow but at a slower pace than the 2% to which we had grown accustomed from 2010 to 2019.

Forecasts for 1Q20 and 2Q20 range from an annualized -9% to -40% (the worst number is that of JP Morgan), representing the largest quarterly decline in economic activity ever. These numbers are between $1 trillion and $2 trillion just for the quarter! Unemployment is projected to reach 15% to 20%, before dropping back to 10%, then lower. In the 3Q20 and 4Q20, the economy is projected to bounce back to an annualized range of -1% to +23% (again JPM is highest). In 2021 and beyond, we will continue to recover but because of the large increase in government debt from the relief programs and the fact that increased levels of debt to GDP suppress growth, many estimates call for GDP in the +1% to +2% range.

Relief
The economic projections just cited were made after most of the Fed programs and the Congressional relief bill, or CARES Act, was enacted.

The Fed took forceful action and cut rates by 150 basis points during March to take the Fed Funds rate to 0%. Remember, Fed policy of this type takes six to nine months before it is ingrained in the economy, hopefully ensuring that the eventual recovery is stronger than it would have been. They also implemented large, aggressive borrowing and purchase programs for Treasuries, Agency mortgage backed securities, corporate bonds, municipal bonds, loans, commercial paper, bank lending, and small business loan programs. Congress passed $2.3 trillion in three phases of relief bills to give loans and direct payments to individuals, state and local governments, small businesses, and front line hospitals. Will it be enough? And for how long can people and businesses hold on?

Interest Rates
Rates fell dramatically in 2019 and again in the first quarter of 2020, due to the emergency situation of the coronavirus and partial economic shutdown. The Fed Funds rate is back down at zero and the rest of the yield curve began to follow. I call it the “race to zero.” The two-year Treasury yield is at .23% and the ten-year Treasury is .74%. With recession looming and a strong recovery projected but not certain, rates will remain low. Inflation never did make it to the Fed’s target of 2% and is now declining, which is the typical recessionary response to companies’ lack of pricing power (not to mention the plunge in oil prices). The risk now is that inflation falls down to zero or goes negative, to cause deflation. For manufacturers, capacity utilization is already low at 75% and will no doubt head lower. Finally, from a technical perspective, the velocity of money is already extremely low at 1.43, and it will head lower as we work to emerge from recession. The bottom line is that rates will remain very low for a long, long time.

Time to Reflect
We all have too much time on our hands. It is very hard to work at home and stay at home, too. In our lives, we haven’t experience a crisis like this. In my career, I’ve seen a lot of crises and we’ve overcome them all- hyperinflation of the late 1970s and early 1980s, the crash of October, 1987, the real estate crisis of the early 1990s, the Long Term Capital Management and first sub-prime crisis of 1998, the bursting tech bubble in 2000, September 11th, and the mortgage, sub-prime, and financial crisis of 2008-2009. This is clearly a new situation with a forced shutdown of the economy, which caused a selling panic, volatility, and a liquidity squeeze. One constant throughout has been the Federal Reserve, who stepped into each of these situations to calm and stabilize markets.

For all of us, we have had time to reflect on our new, changed lives. Will we be afraid to venture out? Go out to eat? Go to games and concerts? Sit next to other people? I don’t want to live in fear; none of us do. But like all of the crises of the past, we will make it through. I have no doubt. Be safe!

“But you knew there would always be the spring, as you knew the river would flow again after it was frozen.”
– Ernest Hemingway