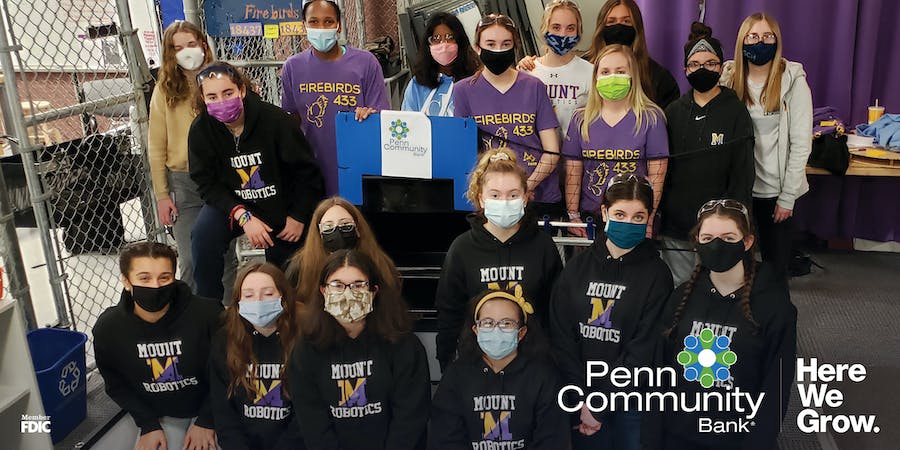 Talking over the sound of chatting students and clanking metal of the robotics lab, Paula Soley says that science, technology, engineering, and math – or STEM – education is about more than hard numbers and physical products, it’s about developing and applying life skills.

“The need for girls – for everyone – to be scientifically literate is crucial in our economy. But what our girls are really learning are universal skills they’ll need to be successful regardless of where they go or what they do: problem solving, accepting and giving feedback, communicating effectively. Robotics lets them put all things into practice while enjoying STEM.”

Soley has been the mentor of the Firebirds 433 robotics team at Mount Saint Joseph Academy – an all-girls school in Flourtown, PA – for the last seven years. As an educator, she sees the program’s 30-plus participants growing beyond the educational aspects of STEM to be the next generation of scientists and engineers.

The Firebirds have been a team at the school since 1998 – before “STEM was known as STEM,” notes Soley – making them the oldest all-girls team in the country competing in the For Inspiration and Recognition of Science and Technology (FIRST) robotics program, a global robotics league, reaching over 300,000 students in grades K-12. As a team, students are challenged to build industrial-size robots to play a difficult field game in alliance with other teams, while also fundraising to meet their goals, designing a team “brand,” and advancing respect and appreciation for STEM within the local community.

Like any team, robotics gives girls a chance to be a part of something bigger than themselves.

“Robotics is still physical, but it is more academic than other spots and clubs – it really is mental gymnastics,” says Soley. “Our girls are challenged to stretch their minds both individually and as a team. They’re exercising what they’ve learned in the classroom. It’s amazing to watch them cheer something they’ve been involved with from the start.”

Asked about the importance of encouraging girls entering the sciences and why robotics resonates with her students, Soley says it’s about giving them “the opportunity to get involved and experiencing STEM in action, not just pointing out a bias or deficiency of representation.”

Over 20 years as a team, Soley says the school and community – including a multi-year partnership with Penn Community Bank – have helped the Firebirds carry out their mission “to create a world in which everyone, regardless of gender, ethnicity, or income has access to experiences that celebrate and encourage STEM so that the dreams of today become the realities of tomorrow.”

Thanks to the program, countless students have gone on to pursue careers in STEM, including many working for the biggest names in technology and engineering, including Lockheed Martin and Johnson & Johnson, Soley proudly notes.

“We’re so grateful for organizations like Penn Community Bank that are investing in programs that complement academics and focus on problem solving. Regardless of what academic path these girls take or what industry they end up in, the skills they’re refining will make them better professionals, better adults, and better humans.”

Practice these skills in application vs. just learning. That’s what programs like this do.