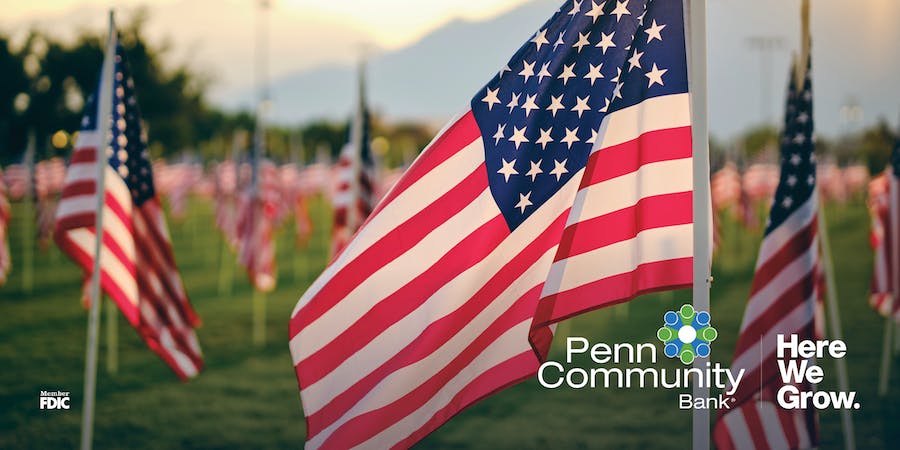 “I would work at the bank during the day and work at the base at night,” Jim Gallagher reflects on the months following September 11, 2001. He remembers the transition period following the tragic day being stressful, but doing whatever he could to help with what was needed at the Horsham Air Station “was all worth it.” Before landing at Penn Community Bank in 2018 as a Credit Officer, the Air Force veteran was working as a credit analyst in commercial banking at a retail bank.

When he first heard about the attacks on September 11, Jim recalls thinking it was “a mishap involving a small plane” until “everything became very real very quickly.” As he and his coworkers at watched the news in the branch, Jim says emotions toggled between anger and sadness. From this moment on, everything changed – for both civilians and the military. It was then that Jim realized that during his military service, he would witness the shift from the Cold War era to the global war on terrorism.

Jim’s active duty began in 1986 working in Strategic Air Command within the United States Air Force (USAF). While active duty with the USAF, the Berlin Wall fell prompting the end of the Cold War era, and the focus soon shifted to Iraq versus Kuwait and Operation Desert Shield. While at Pease Air Force Base in New Hampshire, Jim was assigned an interesting duty: Air Force 1 security detail during George H. W. Bush’s presidency.

In the coming years, Jim would serve in the USAF Reserves, Army National Guard, and Air National Guard. In November 2001, soon after the terrorist attacks, he was deployed to Saudi Arabia and was called once again to active duty in February 2003. Upon his return, Jim continued to serve at the Horsham Air Station Comptroller’s Office (Accounting and Finance) until his retirement in 2017.

A military career can prepare you for a lot in both your civilian and personal life. For his banking career, Jim notes that his sense of focus and mission accomplishment has been a valuable asset. When it comes to his customers and co-workers, Jim takes pride in mutual respect, bring task-oriented, his ability to work under pressure, and use of a “chain of command” mindset in day-to-day activities at work. Most veterans opt for a career in law enforcement or something similar. Jim, however, “stumbled upon a banking career” and wouldn’t have it any other way.

A lot changed after September 11 for the banking and finance industry. Banks and their employees were already dealing with money laundering, but the focus switched from drugs to terrorist groups, says Jim. The Patriot Act and other legislations soon came into effect to address what was going on and allow law enforcement to use surveillance for terror-related crimes. The Office of Foreign Assets Control (OFAC) also became extremely vital in ensuring banks were not conducting business with known terrorists.

Jim, like many, sees September 11 as a day of remembrance and reflection and wants others to realize that magnitude of what occurred that day. “We learned that day that we are vulnerable and it can happen here,” he says. The tragedies of September 11 changed the world in more ways than one, and he suggests that the most valuable impact for the nation revealed itself quickly after the events – that “as a country, we have more that unites us than divides us.” Jim urges others to think, “if not me, then who?” and to inconvenience yourself once in a while to help the greater good.