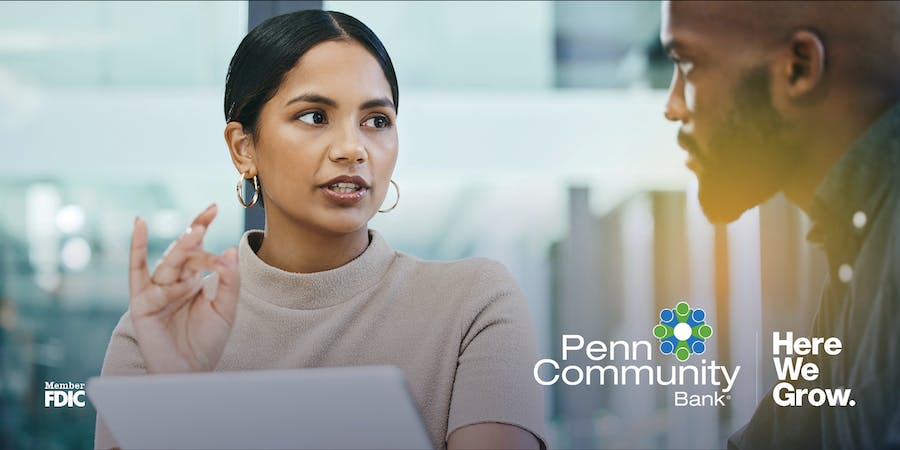 So far, 2022 has brought one storm after another. Winter storms became spring storms. Longer-term rates rose very dramatically as Federal Reserve tightening and decades-high inflation converged. Supply chain issues are the main culprit behind the huge inflation, and only now is demand beginning to fall to more normal levels. The Russian-Ukraine conflict and resulting sanctions will exacerbate supply chain issues, especially for food and fuel. Covid-19 lockdowns in China have cut production of goods and ships are again lined up off the coast of China, meaning long delays in getting products to the US. Stock markets hit new highs in January and quickly began a long and painful sell-off that has continued into May.

Bond and stock prices falling together for a sustained period of time is very unusual. What’s even more unusual is that GDP fell -1.4% in 1Q 2022, showing economic weakness right as the Fed begins its tightening campaign. Consumers, facing inflation pressures, may cut back on spending on discretionary items. High mortgage rates will begin to affect the housing markets. We will face challenges as we move forward: with interest rates- how high is high, and with stocks- how low is low?

I’m very happy to introduce our guest writer for this quarter. Sam Weller joined us in November, 2021 and has a strong financial background. I’m sure you’ll enjoy his insights on the markets and the economy as much as I have. Take it away, Sam… – Dorothy

Movie fans are excited to see Tom Cruise fly back onto screens this summer with Top Gun: Maverick, a sequel that comes thirty-six years after the original 1986 blockbuster. At the time the first Top Gun was released, the average cost of a movie ticket was $3.71, milk was $1.09 per gallon and a gallon of gas was only $0.86. Inflation was less than 2.00% and annual GDP was growing at a healthy 4.2%. Interest rates, however, were much higher – the Fed Funds overnight rate was 6.80%, compared to .80% today. But although interest rates above 4.00% seem like a historical anomaly in today’s low rate environment, the Fed Funds rate in 1986 was significantly lower than it was only a few years below, when Paul Volcker’s Federal Reserve used a series of increases in short-term rates to over 20% as its primary tool to “break the back” of inflation. While we would not expect today’s rates to get anywhere near those levels, the adjustment of rates from zero to 2% and 3% in a short time period is a large move.

Q1 2022 inflation measured 8.5%, the highest single quarter of inflation growth rate seen since a rate of 8.9% in Q4 1980. Does our current Federal Reserve have the same will to fight inflation that Volcker had in the early 1980s? Clearly, there is ample room to raise interest rates, and the Federal Reserve has been vocal about their willingness to do so. They are in a difficult position; although desperate to tame spiking inflation, they begin a cycle of tightening rates in an economy that seems to be shrinking, not growing, which should limit the extent to which they can raise rates.

The first half of 2022 has been marked by extreme volatility. The 10-year US Treasury ended 2021 at a yield of 1.51%. As of mid-May 2022, it is currently hovering around the 3.00% mark. At the end of 2021, the 2-year US Treasury was yielding .73% and is currently yielding 2.33% as of mid- May. Bond investors have priced in a substantial increase to inflationary expectations as they discount both long- and short-ends of the yield curve.

This volatility has not been contained to the bond market; the Dow Jones Industrial Average has shed over 4,000 points, or -11%, since the beginning of 2022, while the S&P 500 return is down -15.6% for the year. However, all the volatility must be good for some asset classes, correct? Perhaps a long-term store of value, uncorrelated to the broader markets – something like gold, perhaps, or some of the more stable cryptocurrencies? Gold prices have remained remarkably…unchanged, beginning the year at $1,829 per oz; as of mid-May gold prices were hovering around $1,850. However, cryptocurrencies have not fared as well: Bitcoin (BTC) began the year at $47,000+ and has plunged to less than $32,000 per BTC as of mid-May.

Most investors believe that we are in a period of “risk off,” with both equity and fixed income markets uncharacteristically moving in tandem as market participants seem to be selling off both bonds and stocks.

The first quarter of 2022 was marked by GDP growth of -1.4%, which was the first non-pandemic related negative GDP growth rate since 2014. However, after a strong Q4 2021, where real GDP grew +6.9%, this negative growth rate may be a sign of things to come. In retrospect, examining the high Q4 2021 growth rate shows some potential cracks in the positive façade; 5.0% of the total in Q4 came from growing inventories, and many consumers were already reducing consumption as the effect of monetary stimulus spending during the pandemic began to abate. Perhaps because of supply chain constraints and inventory challenges, the consumer confidence index remains extremely low going into Q2 2022. Volatility is high, consumer confidence is low, and it’s very possible that we may see more negative GDP numbers before 2022 is out.

For most American consumers, the timing of these inflationary pressures could not come at a worse time: after two years of pandemic-related isolation, many corporate managers (and their landlords!) are serious about getting workers back to the office. With COVID seemingly receding into the background as an endemic health threat, case rates are dropping in many locations across the country. The only obstacle to getting workers back in person may be the eye-watering sticker shock of funding the commuter lifestyle.

Consider the cost of a Starbucks Venti Frappuccino: now retailing at $5.25 in most locations, the cost of this massive coffee drink is up $0.50 since the beginning of the pandemic, or an increase of over 10%. Think that’s bad? Another commuter necessity – gasoline – hovered at around $2.50 per gallon pre-pandemic while today most drivers aren’t filling up their tank for less than $4.50 per gallon on a good day. Interestingly, although refined gasoline at the pump has commuters screaming “price gouging,” the underlying cost of a barrel of crude oil has steadily risen, from $58 a year ago to $110 today.

The Fed started out by saying inflation was “transitory” but had to admit later it was “persistent.” Now we will see if the Fed can keep it from becoming “sustained,” which means preventing wage inflation from tight
labor markets from filtering into the prices of all goods and services.

May, 2022 saw the Federal Reserve hike the core Fed Funds overnight rate by fifty basis points, the highest single-meeting rate hike in over two decades. According to the pricing of the Fed Funds Futures market, the
Fed still has a long way to go; traders believe that another 50-basis point rate hike is all but certain in both June and July. Assuming that’s the case, this summer we will see the Fed Funds overnight target rate at 2.00%, while on our way to the end of our nearly decade long historically low interest rates.

What will the market look like with short-term rates in the 2.00% range? We know what the Fed hopes will happen: a normalizing of the yield curve, with short-term rates in the 2s and longer-term rates rearranging
themselves into a positively sloped yield curve shape that indicates continuing economic strength. The only problem is, the long end of the curve does not seem to be getting the message yet. The 10-year US Treasury is currently yielding 2.91% and the 20-year isn’t far behind with a yield of 3.32%. Clearly investors believe that inflation is a longer-term threat than the Fed would like to believe.

The long-end of the curve has responded first to the Fed’s tightening. Remember that the 10-year bond is up nearly 150 basis points since the beginning of 2022. However, have long rates gone as high as they can go? If so, continued Fed tightening will result in the same phenomenon we’ve seen time and again during our historic low rate environment: a flat (or inverted) curve, where investors do not see any appreciable yield pick-up from going out into the longer end of the yield curve. An inverted yield curve can be a precursor to recessionary conditions.

This is the scenario that the Fed hopes it can avoid. Raising interest rates at what looks like the outset of a recessionary cycle is a risky move, but rampant inflation has forced the Fed’s hand into raising short-term rates, stopping their bond purchases and reducing the size of their balance sheet. As consumers, we can only hope that it does not tip the scales into additional quarters of negative GDP growth. After two decades of sedate rate movements and moderate growth, suddenly it’s an exciting market – maybe too exciting. As they say on the trading floor: don’t be in a hurry to catch a falling knife. Be careful out there!