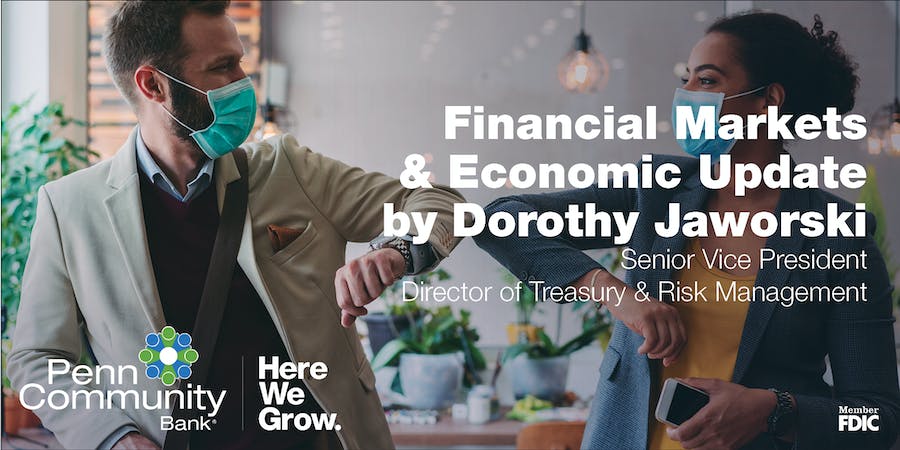 Everyone was looking forward to the start of this New Year with great anticipation.  Somehow, 2021 had to be better than 2020, right?  Not so fast.  It seems that we face more of the same.  We are about to enter year two of the global Covid-19 natural disaster and with it all of the changes like on-and-off lockdowns, changes in habits and behavior (think staying home a lot), shopping trends toward online sales, job losses, working-at-home, and migration out of the big cities to the suburbs.  And how many people have issues with child care, either from young children attending school virtually or the closure of day care centers?  But with all of this, there is one thing that stays the same- Tom Brady winning the Super Bowl.  The greatest of all time is not ready to let go of that title anytime soon.

We’re pinning our hopes on the vaccine rollout, which has been slow and frustrating.  Pfizer and Moderna have some vaccines distributed and on order, but the manufacturing process is a slow and tedious one, with raw materials available but with capacity restraints affecting the production process.  The two companies are adding additional plants and agreed to deliver 100 million doses by February.  So far, according to Vining Sparks, 44 million vaccine doses have been delivered, with 25 million administered.  Herd immunity is the ultimate goal.

Our economy showed its resilience in 2020.  When GDP plunged by -31.4% in the second quarter from the mandated lockdowns, it was a grim picture indeed.  22 million jobs were lost, with unemployment soaring to above 14%.  Growth rebounded quickly as lockdowns ended in many parts of the country, with GDP rising by +33.4% in the third quarter and by +4.0% in the fourth quarter.  Job recovery totaled close to 12 million, leaving 10 million jobs not replaced or recalled.  Sadly, there are some estimates that one-half of these 10 million jobs will not be coming back.  GDP for the full year of 2020 was -3.5%, compared to +2.2% in 2019, and represents the first decline since 2009.

Unemployed persons total 10.13 million in January, putting the base unemployment rate at 6.3%, which is a far cry from the 3.5% to 4.0% pre-pandemic, but a vast improvement over the high, double digit rates of last April and May.  Some people, most notably Chairman Powell of the Federal Reserve, believe that the base rate of unemployment does not fully measure the job market.  They believe that the “augmented” unemployment rate, currently at 10.2%, is more representative because it uses the pool of available workers, or 17.09 million persons, which is the total of the unemployed and those who want a job but are not counted in the labor market.  This augmented rate was 6.0% pre-pandemic.

Although data so far in 2021 has been mixed, estimates are that the first quarter and full year of 2021 will grow by +4.0% to +4.5%, showing that we are still in recovery mode.  Some manufacturing surveys have been weaker, job growth is lackluster, and consumer spending has been flat, but the housing market has been on a tear.  Indeed, home prices have been growing nationally by +9% to +11% on a year-over-year basis.  Government spending continues unabated, including the recent $900 billion relief bill and the expected $1.9 trillion “stimulus” bill pending in Congress.  Short-term relief in 2020, in the $2.2 trillion Cares Act, showed that most people saved their direct payments or paid down debt, rather than spending it.

This creates interesting opportunities for future growth, as pent-up demand for all of the things we have missed during Covid-19 increases in areas such as eating out in restaurants, traveling for business and vacation, entertainment, and healthcare procedures.  People may dip into savings in the future as we return to “normal.”  Pent-up demand and government relief payments are some of the reasons economists are projecting GDP growth of better than +4.0% in 2021.

The economy will not be fully recovered until more people are back to work and businesses can reopen freely to improve revenues.  The Federal Reserve has pledged to keep short-term interest rates near zero and buy securities at their current pace of $120 billion per month until there is substantial improvement in reaching both of their goals- maximum or full employment (probably 4%) and average inflation over their target of 2% for a sustained period of time.  The Fed’s securities purchases total $2.9 trillion since March, 2020.  Much to the Fed’s dismay, all of these purchases have stopped long-term rates from rising; the 10 year Treasury yield was at .60% last summer and is presently at 1.15%, due to inflation fears of market participants.  And this leads us to…

Remember, the Federal Reserve was chasing the inflation ghost when they began raising rates in 2015, right through the end of 2018.  And guess what- there was no inflation.  They realized the error of their ways in 2019 and began lowering rates until they dropped them dramatically to zero in March, 2020, as the pandemic hit and the markets- all of them- were chaotic.  The Fed came in then and stabilized the markets one by one to allow us to recover from the lockdowns and massive decline in GDP.  They were and still are heroes.  Today, they have a new approach to raising rates- wait-and-see if inflations develops and is sustained, then raise rates.  Even Janet Yellen, new Treasury Secretary (yes, she’s back!), thinks inflation will not be an issue.  Eventually, they see what we all see…

What many forget when looking at M2 and its growth is that the velocity of money, which fell by 17.7% in 2020 to 1.2, is at its lowest level since 1946.  Velocity has the power to offset the inflationary potential of the M2 growth.  Weak velocity levels have been blamed, by myself and others, for some of the slowness in growth during the record 10 year recovery from 2009 to 2020.  I don’t expect velocity to soar anytime soon.

Inflation can occur on a rotating basis through different products and services, sometimes from supply/demand issues (think toilet paper and cleaning supplies during Covid-19).  Many think inflation could be elevated for the first half of 2021, mainly from all of the government money from relief bills and spending, then fall back in the second half of the year, bringing long-term rates back down.  Short-term rates are anchored to zero due to the Fed.  Inflation usually takes one to two years to become sustained once it ignites.  During the 10 year recovery, we saw a handful of quarters when core PCE (the Fed’s favorite inflation measure) was above 2%, only to fall back shortly thereafter.

There are three main reasons why I believe inflation will not become sustained right now- capacity, government debt, and higher taxes.  In terms of capacity issues, we have excess capacity in our labor markets- the unemployed and the pool of available workers, at 10.13 million and 17.09 million, respectively- which show we have a long way to go before full employment is reached.  Manufacturing is currently operating at 74.5% in December; many studies show that 80% to 85% can be inflationary.  Higher taxes are on the table at the state and federal level.  Higher taxes will hurt economic growth.  The only capacity issue that we have currently is the low inventory on existing and new homes.  This is causing the temporary rise in home prices, but this will subside as demand falls back.  People were adjusting to the pandemic and moving from cities to suburbs, driving up home prices when fewer homes were on the market.

Government debt has reached $27.9 trillion and stands at 127% of GDP.  Levels over 90% have proven to have a negative impact on GDP, by government “crowding out” of the private sector (where the productivity is) with its taxes, spending, and borrowing.  One needs only to look back at the 10 year recovery and wonder- why did we grow at only 2.2% on average and not our potential of 3.00% or better?  Debt…

Finally, the new administration will be proposing individual and corporate rate increases.  The corporate rate is expected to increase from 21% to 28%.  Taxes have the same impact as government borrowing- a negative impact on growth.  Lower GDP, once the effects of the temporary government “stimulus” wear off, will keep interest rates and inflation low.  Growth may be 4% this year, but should return to an equilibrium of closer to 2% thereafter.  Stay tuned!