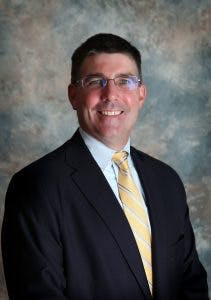 “We are excited to welcome Lewis to the Penn Community Bank executive team,” said Vidoni. “His extensive professional background in commercial banking and portfolio management aligns with our mission to help grow and expand businesses within the markets we serve.”

Cyr has over 30 years of experience in financial services at community and large regional banks, most recently at BB&T as Market President and Corporate Banking Manager. Prior to BB&T, Cyr served as an Executive at National Penn Bank as well as Harleysville National Bank. His leadership of commercial banking and other related lines of business greatly contributed to the growth and profitability of both institutions.

In his new position, Cyr will oversee the continued growth and strategic direction of Penn Community Bank’s commercial banking area and serve as a key member of the executive leadership team.

Active in the community, Cyr serves on the board of directors of Hawk Mountain Bird Sanctuary and the Lehigh Valley Chamber of Commerce, and actively supports the Boy Scouts of America, Autism Society and Via of the Lehigh Valley. He is a graduate of the University of Delaware and resides in Coopersburg, PA.

About Penn Community: Penn Community Bank holds more than $2 billion in assets, employs more than 350 people, and offers banking, lending and investments at 24 bank branches and two administrative centers throughout Bucks and Montgomery counties, Pennsylvania. As an independent, mutual financial institution, Penn Community Bank is not publicly traded and operates with its long-term mission in mind: to help businesses grow and prosper, to provide financial resources to individuals and families throughout their lifetimes, to strengthen the local economy, and to partner with local organizations to act as a catalyst for positive growth in every market it serves.